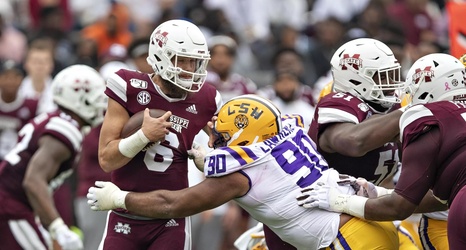 STARKVILLE, Miss. — Mississippi State kicks off the season against No. 6 LSU on Saturday at 2:30 p.m. CT in Baton Rouge, Louisiana.

To say the defending national champion Tigers are decimated might be an understatement. We looked at LSU’s special teams on Tuesday. That’s the only area of the Tigers that remains unchanged, for the most part. We can’t say the same for the LSU defense.

The Tigers lose six starting defenders from the national champion team. They lose two of their top three tacklers in linebackers Jacob Phillips (113) and Patrick Queen (85) who left early for the NFL.