Ole Miss’ed: How a leg lift and a missed P(ee)AT could change the course of Mississippi State football history 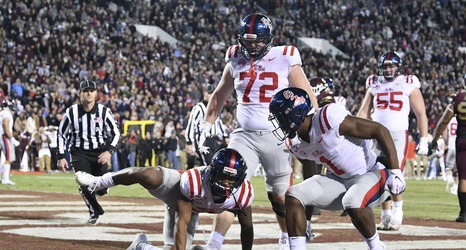 There is something about when Mississippi State wears a maroon and gold combination.

Let’s do this. Close your eyes.

The year is 2013. Dak Prescott is in at quarterback. It is 4th and 1, and bowl eligibility is on the line. The cowbells are going nuts. Touchdown. On the next possession, Bo Wallace takes off and looks like he is about to tie the game. Nickoe Whitley had other ideas. Fumble. Mississippi State wins.