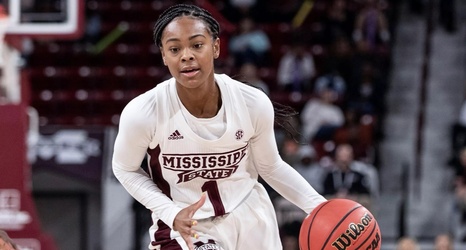 The game is at 1 p.m. CT and can be watched on the SEC Network.

What to Watch For

Myah Taylor at the point

Though she was held to just two points against Stanford, expect Taylor to return to form this afternoon. Quick with vision, Taylor is a true score first point guard. While she can get through the lane and to the rim at will, Taylor should pick the Mountaineer defense apart. In addition, she has improved as a free-throw shooter, having shot 14-18 thus far.

Having committed just three turnovers in her last four games, Taylor has taken better care of the ball.