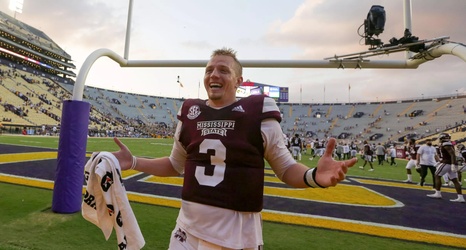 Following a record-setting performance in Mississippi State’s upset victory over the LSU, it is clear that Costello has separated himself from the conference’s other signal-callers.

As we all know, the SEC is different, and its defenses are top-notch. And though LSU lost a lot of talent to the NFL and was without its top defender, cornerback Derek Stingley Jr., the Tigers still boast one of the game’s top defensive units. But Costello’s confidence and composure put the college football world on notice that he is here to make an SEC statement.

Costello carved the Tigers’ defense, having completed 36 passes for 623 yards and five touchdowns.