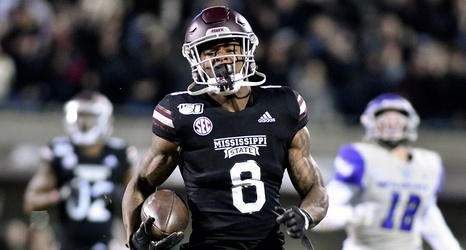 STARKVILLE, Miss. — Mississippi State junior running back Kylin Hill and junior linebacker Erroll Thompson announce that they will be returning to Starkville for their senior seasons.

Both players announced their decisions on Twitter, just days after the introduction of new head football coach Mike Leach.

Hill, a product of Columbus, Mississippi, previously announced that he would be entering the 2020 NFL Draft, but he has now made the decision to return to the maroon and white. He finished his junior season with an SEC-best eight 100-yard rushing games and led the conference in rushing yards, finishing with 1,350 on the year.