FWtCT Staff Predictions for Mississippi State Versus No. 4 Alabama 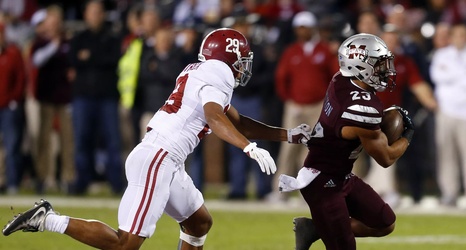 The Bulldogs (4-5, 2-4 SEC) set school records for total offensive yards (640) and rushing yards (460) in a Southeastern Conference game two weeks ago in their 54-24 win at Arkansas. Senior quarterback Tommy Stevens was a surprise start and went 12-of-18 passing for 172 yards and two touchdowns.

Junior running back Kylin Hill rushed for a career-high 234 yards and three touchdowns against the Razorbacks and was named the SEC Offensive Player of the Week.