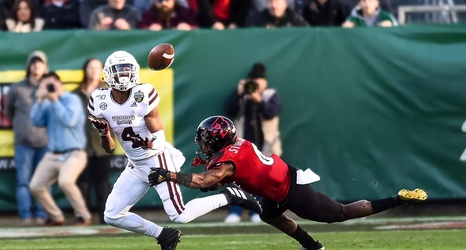 The season officially begins, as today’s focus is on one of the Bulldogs’ most prolific offensive talents, wideout JaVonta Payton.

A physical athlete with speed, Payton is an immediate threat. In coach Leach’s system, look for him to be used both along the sides and in the slot. As Payton’s skillset perfectly compliments the air-raid offense, he should be at the forefront of the Bulldogs receiving corps.

Quarterback K.J. Costello will have his choice with a slew of wideouts, but Payton’s versatility puts him at the top of the list. Payton is a modern-day receiver who can run routes.