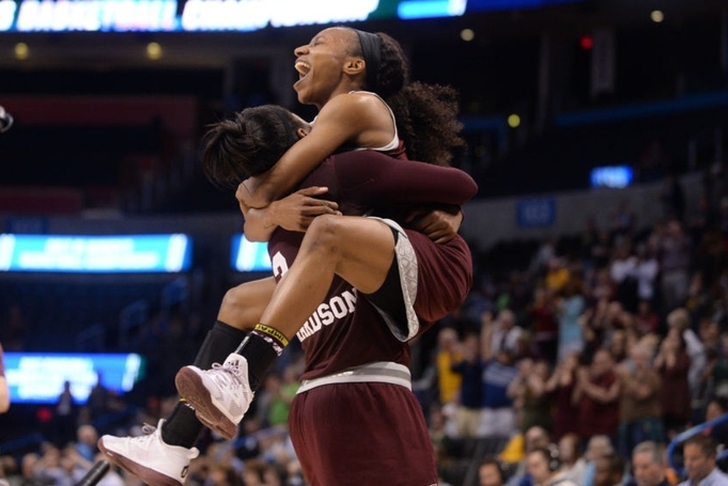 The longest winning streak in college basketball history is over.

After winning 111 straight games, the UConn women have lost, 66-64 in overtime to the Mississippi State Bulldogs in the Women's Final Four, thanks to this buzzer-beater from point guard Morgan William.

An upset was brewing right from the start of this game as Mississippi State led for the first 25 minutes of the game. From there, no one was able to gain more than a four-point lead before the game ended in epic fashion in the extra session.

William finished the game with 13 points, while Victoria Viviens led the Bulldogs with 19 points and four rebounds. UConn was led by 21 points and eight rebounds from Gabby Williams.

Mississippi State now advances to face South Carolina in the national championship game on Sunday at 6:00 pm ET on ESPN2.