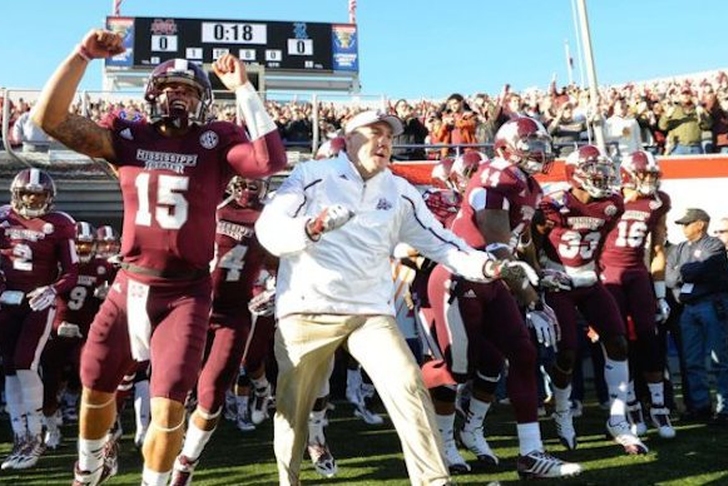 Mississippi State saw their College Football Playoff fall to pieces after losing to bitter rival Ole Miss, but the Bulldogs will still be in one of the premier “New’s Year’s Six” bowls. Who are they most likely to play? The only way this would happen would be for the Seminoles to drop out of the College Football Playoff, by either a loss in the ACC Championship Game or just by being dropped down the rankings by the committee. Mississippi State's defense would be tested by Jameis Winston and FSU's offense, which would be an interesting matchup.

The Yellow Jackets will be going to a "New Year's Six" bowl no matter what happens in the ACC Championship Game, and their location puts them in prime position for the Orange Bowl or the Peach Bowl, where the Bulldogs will be headed. Georgia Tech's triple-option attack will test Mississippi State's defense, creating a matchup that would be a lot of fun to watch.