3 Things We Know About Mississippi State Through 4 Games 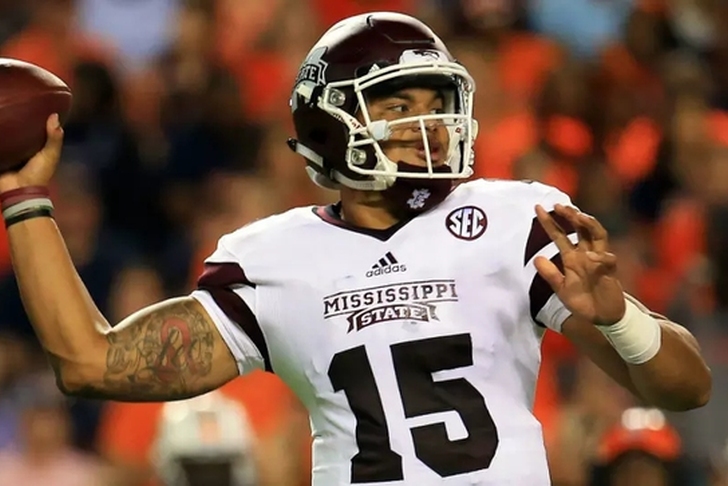 The Mississippi State Bulldogs are 3-1 on the season, and are firmly in position for a College Football Playoff run. There are still plenty of questions about what lies ahead, but here are four things we've learned about Mississippi State so far this season:

1) Dak Prescott should be getting more respect

Many people have forgoten that Prescott was the Heisman favorite for most of last season after he carried Mississippi State to the No. 1 ranking in the country, but his case fell apart late in the year when teams figured out that he isn’t the most accurate passer. He's improved greatly in that regard this year (1,069 pass yards, seven TDs, 0 INTs), which has helped the offense as a whole.

2) The passing game is designed to control the clock

The box score says Mississippi State ran the ball over 10 times against Auburn on Saturday, but we really can't remember any of those plays. The Bulldogs' entire offensive philosophy is built on Dak Prescott dropbacks resulting in everything from short swing-pass gains to big-timers over the top. In a way, the Bulldogs are the anti-norm when it comes to SEC teams -- passing the ball to control the clock rather than relying on a blue-chip rusher to do the dirty work.

3) This weekend's game vs. Texas A&M will make-or-break their SEC hopes

Both Mississippi State and Texas A&M have aspriations of winning the SEC West and have the talent to do so, but haven't gotten a lot of national publicity or notoriety to this point in the season. That will change for the winner of this game, who will be thrown into the mix of division contenders with LSU, Ole Miss, and Alabama.