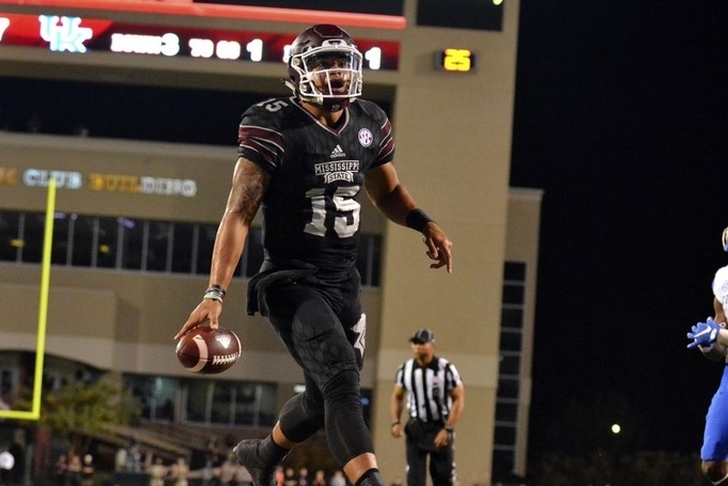 The Mississippi State Bulldogs put up a solid 8-4 season in the SEC, but they'd love nothing more than to cap another successful season with a victory over NC State in the Belk Bowl. Here are three reasons why they're guaranteed to do just that:

3) Explosive offense
Known more for their ground-and-pound rushing attack last year, Mississippi State has become a high-flying machine, ranking 16th in the country in passing yards while putting up 33 points per game. They'll plenty of opportunities to exploit a poor NC State defense that has given up over 28 points in four of their last five games.

2) NC State's failures against good teams
The Wolfpack won their first four games of the year against much-less competition but really struggled in ACC play, only beating Boston College, Syracuse, and Wake Forest, who combined to go just 10-26 on the season. In fact, Eastern Kentucky was the only team that NC State beat that finished with a winning record - and they're an FCS team. Nothing NC State has done this seasons suggests they'll put up any sort of a fight against Mississippi State.

1) Dak Prescott's greatness
The best quarterback in Mississippi State history deserves the proper sendoff, and he'll do everything in his power to end his collegiate career with a victory. Prescott was the Heisman front-runner for most of last season, and while he was never up for that award this year, he's actually a much improved quarterback. The senior passed for 3,413 yards and 25 touchdowns with just four interceptions this season while still racking up 541 yards and 10 touchdowns on the ground.