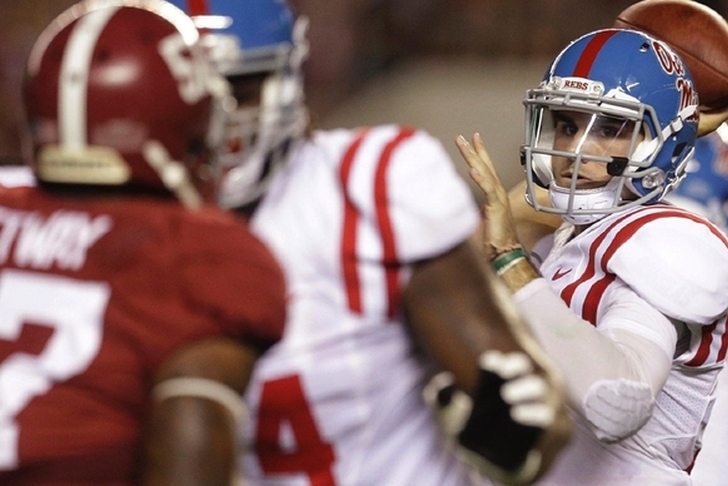 For the first time in school history, the Mississippi Rebels defeated the Alabama Crimson Tide in back-to-back seasons.

Alabama actually outgained Ole Miss, but turnovers killed the Crimson Tide. Alabama coughed up the ball five times, while Ole Miss didn't turn the ball over once. The final pick came with just over 2:30 left to play when quarterback Jake Coker took a huge hit and was picked off.

Coker came in for Cooper Bateman and tried to lead a comeback. Alabama scored 14 unanswered after falling behind 43-24, but the Crimson Tide came up short.

Chad Kelly led the way for the Rebels, completing 16 of 30 passes for 318 yards and three TDs. He also chipped in a score and 21 yards on the ground.

The loss drops Alabama to 2-1 on the season, and they'll assuredly drop out of the Top 5. Ole Miss should take a big jump from its previous perch at No. 15.

Follow our Mississippi Rebels team page for all the latest Ole Miss news and rumors!