UFC 253: Who's next for Israel Adesanya, Jan Blachowicz and other Fight Island standouts? 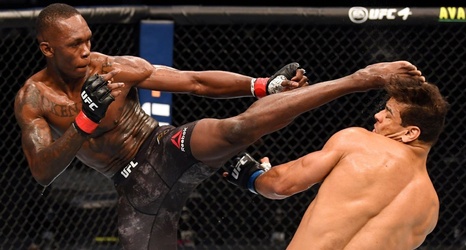 The return to Fight Island saw the continued domination of the middleweight champion, the crowning of a new light heavyweight champion and the emergence of a new flyweight contender.

Israel Adesanya found a way to keep his title and undefeated record with a victory over the previously undefeated Paulo Costa. While Costa's power was often discussed in the lead-up, the incessant kicking of Adesanya enabled him to hit his mark and emerge with the second-round win.

Jan Blachowicz silenced the doubters -- and oddsmakers -- with a brilliant performance over Dominick Reyes that resulted with Reyes on the ground and his ribs turning a shade of purple.