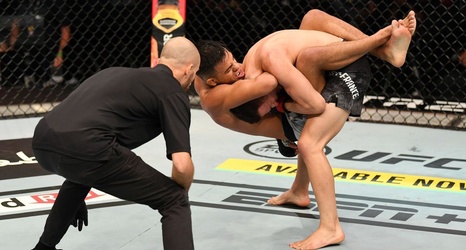 Ladies and gentlemen, may we present the UFC flyweight division.

Brandon Royval and Kai Kara-France treated the fans to nearly six minutes of high-speed, high-volume, multifaceted combat, with Royval ending it with a second-round submission on Saturday night at UFC 253 in Abu Dhabi, United Arab Emirates.

After a blistering first round that played out like a video game -- kicks and punches from all angles, too many to keep up with, and even a rare double knockdown -- Royval came out of his corner for Round 2 with a mission in mind.