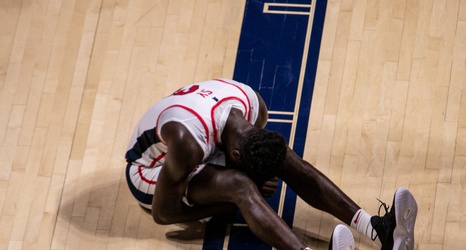 A team that played like the most dangerous squad in the SEC last week is suddenly watching its chance at postseason basketball evaporate.

The Rebels’ tough loss to Missouri on Tuesday night likely marks the end of the team’s opportunity to ride the momentum and sneak into the tournament with an at-large bid.

It’s likely that the only way the Rebels can achieve a bid to the NCAA tournament would be an unlikely run through the SEC tournament which goes from March 11-15.

A run through the conference tournament — while already improbable — would be even tougher if the Rebels fail to achieve the first round bye before the end of the regular season.