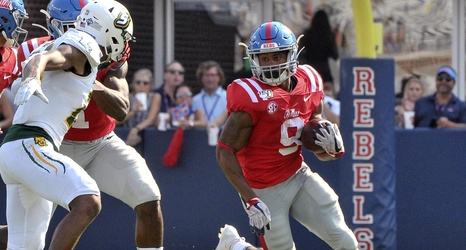 Ole Miss held on to beat Southeastern Louisiana 40-29 on Saturday. A win is a win.

The Rebels entered the week with a growing confidence on offense, a rejuvenated defensive swagger, and a Sharktooth turnover necklace. If the momentum had stalled against the Southland Conference opponents, there would be call for concern.

Though it wasn’t pretty, it’s not quite time to sound the alarms just yet.

Ole Miss received the opening kickoff and Matt Corral led his offense to the first points of the game. He found five different targets and went 72-yards in four minutes.