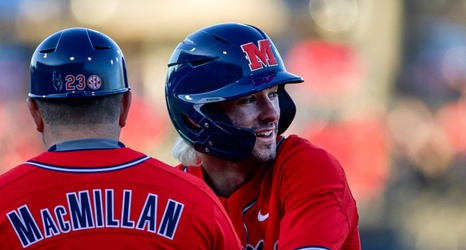 A pair of Ole Miss baseball players received Player of the Week honors on Monday after the Rebels’ series sweep against Xavier and a midweek victory over Alcorn State.

Anthony Servideo was named National Player of the Week by Collegiate Baseball. With one of the hottest bats in college baseball, the lead-off hitter for the Rebels hit .500 and three home runs over the week.

The shortstop started his dominant week on Wednesday when the Rebels hosted Alcorn State. Servideo saved the Rebels from a disastrous early-season midweek loss going 3-5 and finishing the game in the 10th inning on a walk-off home run to right center.