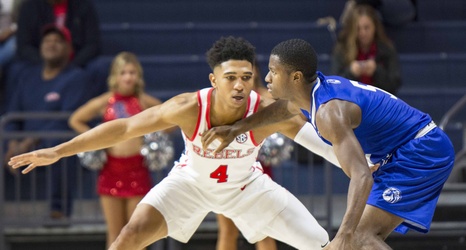 The Ole Miss Men’s Basketball team will search for their first conference win on Tuesday when they face Tennessee on the road.

The Rebels have dropped four straight entering the contest, including their first three conference games. They have received little help from the bench this season, with Breein Tyree, Blake Hinson, Devontae Shuler and KJ Buffen accounting for nearly 70% of the team’s total points. Starters also recorded 73 of Ole Miss’ 76 points at home against LSU on Saturday.

Injuries also plagued the Rebels in the opening games of conference play. Forward Luis Rodriguez has been out since November and might not return at all this season.