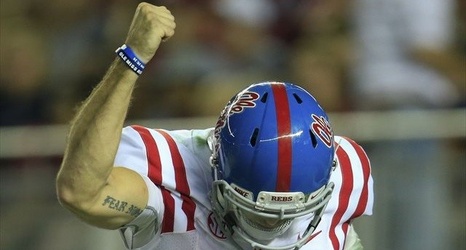 Kiffin, 44 replaces Luke who just finished up a 4-8 campaign that saw the Rebels lose close game after close game an whiff on every single toss-up game that they had a chance at winning. The former head coach was just 15-21 in three seasons at the helm and a miserable 6-18 in the SEC.