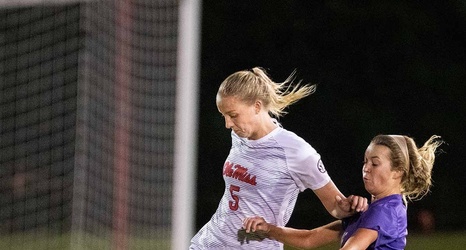 The Ole Miss soccer team will travel to Baton Rouge, on Sunday for a match-up against Louisiana State University (LSU) after a tough loss against the Aggies last week.

“(It’s) great to be back to competition (and) great to be back on our home field with our fans,” head coach Matt Mott said in a press conference. “Even though they were limited, it was nice to be in front of some fans and playing somebody else.”

Despite the effort during the Texas A&M game, the Rebels fell short after three goals were scored in the second half, giving the Rebels no time to gain the momentum to take back the game.