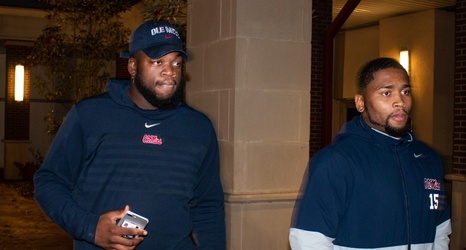 As Ole Miss released its statement officially firing football head coach Matt Luke, Athletics Director Keith Carter was in the team room in the Manning Center to address the team and answer questions. About five minutes after the meeting began, several players walked out to the parking lot to leave. Most of the players expressed their disapproval of Luke’s firing but declined to comment. Here’s what the players who did talk had to say:

“I don’t think he should’ve gotten fired. It doesn’t take two years to build up something that you inherit that was full of crap.