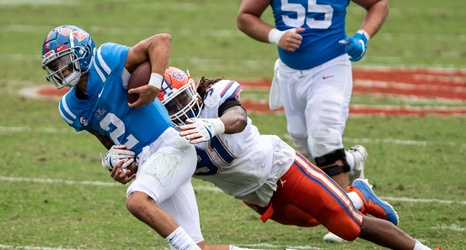 Week one of SEC football in Oxford was unlike any opening weekend the city has seen before. No Grove tailgating, limited stadium capacity and a week-one top 25 opponent are all new adjustments for the Rebel fandom.

Throughout the Rebels’ first game, there were many expected plays, but there were also a great deal of unexpected decisions.

The looming battle for starting quarterback ended before the game began as Matt Corral was named the starter on the Jumbotron. This was an outcome that people were relatively prepared for; however, what was not expected was the sparing use of John Rhys Plumlee.