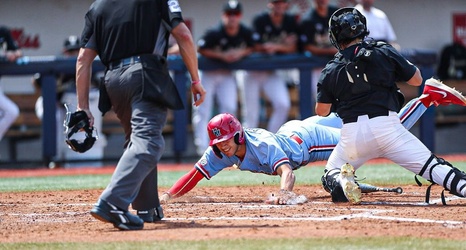 Gonzalez has started every game at shortstop and leads Ole Miss in batting average (.351), runs scored (68) and hits (88) as the Rebels enter NCAA Super Regional play.

The freshman out of Glendora, Calif. is one of 14 players in college baseball this season with 80 hits, 50 runs scored and 50 RBI.

Gonzalez leads the SEC in hits and runs scored for the season, ranking fifth and sixth, respectively, in the nation in those categories.