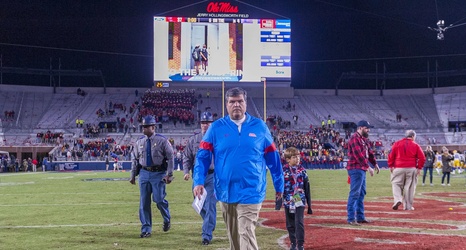 As reported first by Neal McCready of Rebel Grove, Ole Miss and newly-annointed athletic director Keith Carter have announced football head coach Matt Luke is no longer the head coach after a 4-8 season that was as tumultuous as it was interesting. Ole Miss put up tons of points and yards on Alabama and LSU yet potential wins against Cal, Texas A&M, and Auburn slip away, moving Luke’s career record as a head coach to just 15-21.

Furthermore, his struggles in the SEC sans Arkansas, Mississippi State, and Vanderbilt saw his conference record plummet to just 6-18.