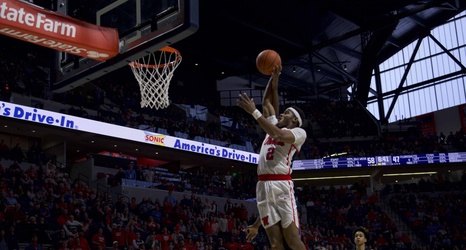 The Ole Miss basketball team used electric runs early and often to fend of Florida in a 68-51 victory at the Pavilion on Saturday.

The Rebels backcourt of Devontae Shuler and Breein Tyree shined throughout the afternoon with Shuler scoring 14 points and Tyree tallying 23.

“Those guys played like a really good college backcourt,” Ole Miss head coach Kermit Davis said. “Breein had 23, but he affected that game in so many different ways, Devontae big steals and hands on balls.”

The Rebels were able to get off to a hot start in the first, but struggled defensively allowing four offensive rebounds, three of them coming in a single possession early on.