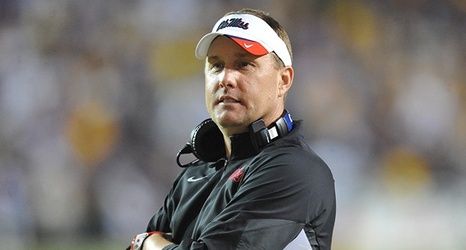 Lane Kiffin’s second season at Ole Miss will feature unique matchups, including the return of a former Ole Miss coach.

The Rebels released their entire 2021 football schedule on Wednesday and one of the most intriguing matchups on the schedule does not involve another Southeastern Conference team.

The Liberty University Flames will come to Oxford on Nov. 6, marking the return of Hugh Freeze to Ole Miss for the first time in more than four years. Freeze abruptly resigned as the Rebels’ head coach in the summer of 2017 following what former athletics director Ross Bjork called a “pattern of personal misconduct” that included calls to an escort service on his school-provided cell phone.