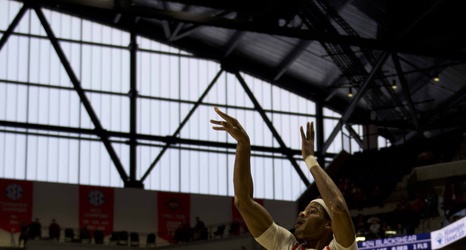 Early on, it seemed the Rebels would try and match Bama’s pace of play, but this strategy did not go over well for the Rebels as they could not keep up with Bama’s blistering pace of play.

The Crimson Tide controlled the game leading by 15 or more the majority of the second half. The play of John Petty Jr. was prevalent as he blossomed in the second half. He grabbed four rebounds, and scored 21 points, while going 4-6 from behind the three-point line. The three Bama guards combined for 56 points.

For the Rebels the offense looked the usual, a high scoring game for Tyree with 28, followed by Shuler who finished 21.