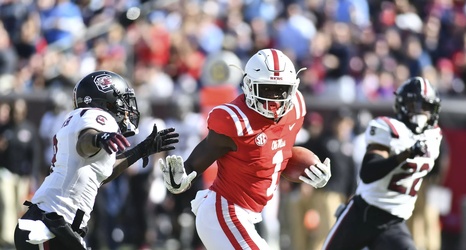 The University of Mississippi and the University of South Carolina have met in the sport of American football 16 times, beginning with a matchup in Memphis in 1947 (because, sure, why not?).

The Gamecocks have been a part of the Southeastern Conference since 1992, which predates my birth by six years (yes, I’m youthful young fellow), and since the advent of the Cocks in the SEC, they have played Ole Miss seven times.

Since this whole “Ole Miss-playing-South Carolina” thing is fairly new, I wanted to recap some of the games between the two that I remember (since basically, like, 2003) since they play again this Saturday.