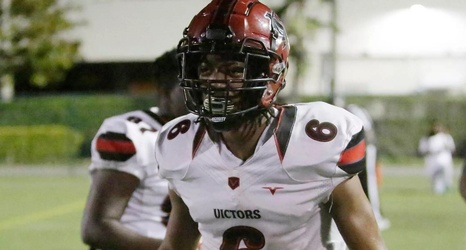 Despite committing to the Florida Gators back in November over overtures from programs like LSU and Penn State and waiting a few weeks after National Signing Day, four-star safety Marc Britt’s official visit to Oxford was enough to put Ole Miss over the top and flip his commitment once again, via Britt’s Instagram live Thursday evening.

The Miami Christian School product flipped from Miami to Florida on that day a few months ago, but now he is flipping once again and signing with Lane Kiffin and the Rebels. The nation’s No. 22 safety took an official visit to Oxford at the end of January and it was obviously enough to sway his mind to switch allegiances from Gator to Rebel.