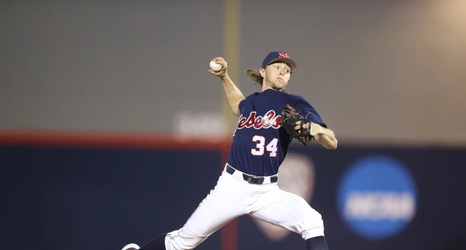 When the game started, it looked like Ole Miss was in for a good night.

The Rebels pushed across three runs in the opening frame before Derek Diamond took the hill for the Rebels. Little did we know that it would be the only runs Ole Miss would muster on the night as Arizona took game one of the Tucson super regional, 9-3.

Derek Diamond gave up leadoff home runs in the first and second inning to cut his team’s lead to 3-2. Then, Arizona found more life against the Rebel bullpen in the form of Tyler Myers who did not look nearly as dominant as he did in Hoover against Vanderbilt.