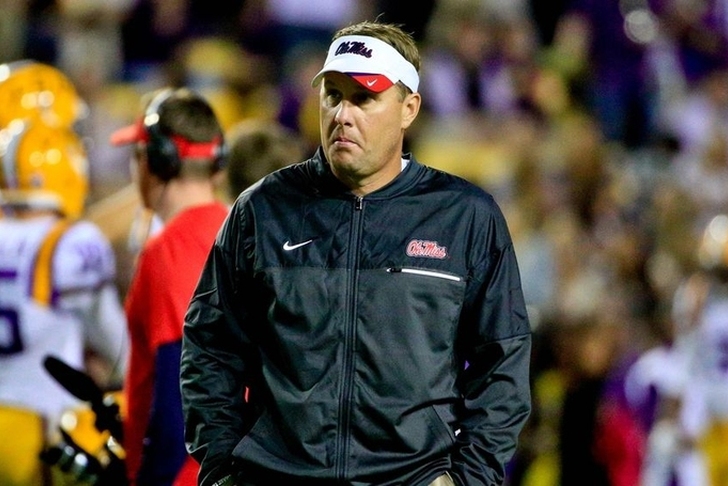 The Ole Miss Rebels have self-imposed a one-year postseason ban for the 2017 season after receiving an official notice of allegations from the NCAA. That notice featured eight additional allegations of rules violations, bringing the total to 21 violations the NCAA has accused them of.

In the notice, the NCAA concluded that the “scope and nature of the violations demonstrate that the university lacked institutional control and failed to monitor the conduct and administration of its athletics program.”

In their response to the NCAA, the Rebels are also self-imposing a loss 11 total scholarships from 2015-18 and are taking away three initial scholarships in each of the next three recruiting classes.

Ole Miss has agreed with four of the new allegations, which were detailed by SEC Country's Cody Pace:

A prospective student athlete went hunting on private land owned by a booster during his official visit in 2013 and again on “two or three occasions” after enrolling. That access was arranged by the football program according to the allegation, a Level III violation.

The staff member previously mentioned committed a Level I violation by knowingly misleading the institution and enforcement staff in 2016.

The same staff member facilitated in relationships between two boosters and one of the recruits he provided with impermissible benefits. Those benefits totaled between $13,000 and $15,600 and were known by the staff member, a Level I violation.

However, the Rebels plan to contend the allegations that members of the coaching staff arranged for three student-athletes to receive free merchandise from a store owned by a booster, that a coach had impermissible contact with a recruit and that a booster provided a recruit and his friends $200 and $600 in free food and drink at his restaurant on two or three occasions.

Ole Miss had previously received a first notice of allegations from the NCAA in January 2016. The school posted this video about the NCAA's investigation.