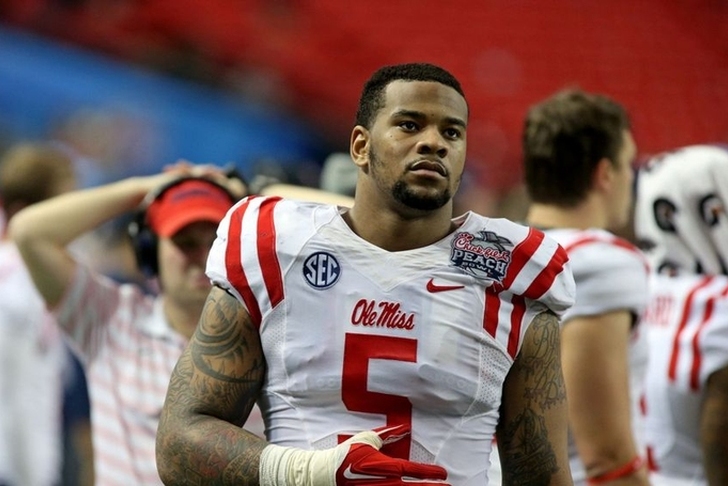 Ole Miss Rebels defensive end Robert Nkemdiche suffered "multiple cuts" after falling from a 4th-story window of a hotel last night, according to Cody Chaffins of FOX 5 Sports in Atlanta.

Nkemdiche was conscious and breathing when the Atlanta Police Department responded to the call, and he was in stable condition when taken to a local hospital. There is no word on just how serious Nkemdiche's injuries are as of this time, as there hasn't been a full update of his condition at the hospital.

In a report released to The Clarion-Ledger on Sunday, the APD indicated that they found a small amount of what appeared to be marijuana in the hotel room. Along with the Crime Scene Unit, both a GI Squad and Narcotics Unit responded to the incident.

Nkemdiche is projected by many NFL Draft experts to be a favorite for the #1 overall pick in the 2016 NFL Draft if he decides to forgo his senior season. The six-foot-four, 296-pound defensive standout is currently in the midst of his junior year with Ole Miss.

We'll have more on this breaking story as additional information is made available.