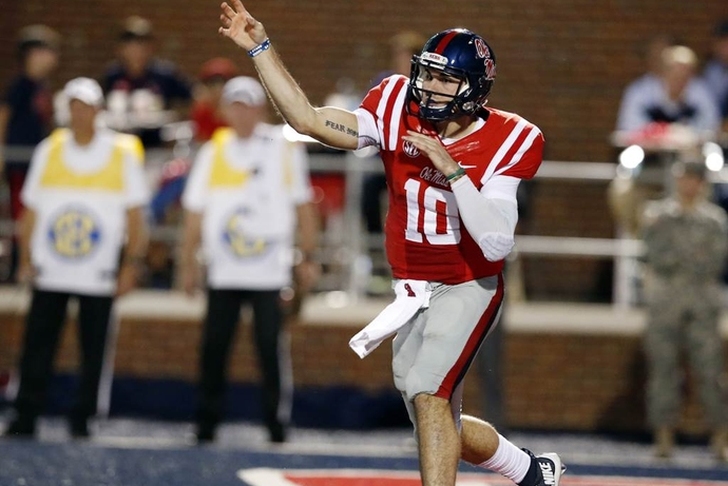 Last season, the Mississippi Rebels were blown out 42-3 by TCU in the Peach Bowl. The Rebels didn't suffer a similar fate in this season's New Year's Six bowl game. Ole Miss blew out Oklahoma State 48-20 in the Allstate Sugar Bowl.

The Cowboys (10-3) just could not stop the Ole Miss (10-3) offense. The Rebels racked up 554 yards of offense despite pulling their starters in the fourth quarter.

QB Chad Kelly threw an interception on Ole Miss' first drive of the game, but bounced back to put together a monster game. He completed 21 of 33 passes for 302 yards, 4 TDs and one pick. He also added 73 yards on 10 carries. As a team, Ole Miss had 207 yards and two scores on 37 carries.

In what was likely his last game as a Rebel, WR Laquon Treadwell put on an impressive performance. He caught six passes for 73 yards and a three scores. He even completed a 41-yard pass.

Oklahoma State scored first, thanks to a field goal late in the first quarter. Ole Miss took a 10-3 lead before the end of the quarter and never trailed again. Ole Miss put the nail in the coffin at the end of the first half on a trick play that ended with offensive tackle Laremy Tunsil catching a two-yard TD pass. It gave Ole Miss a 34-6 lead, which the Rebels extended to 41-6 in the third quarter before they took their foot off the gas.