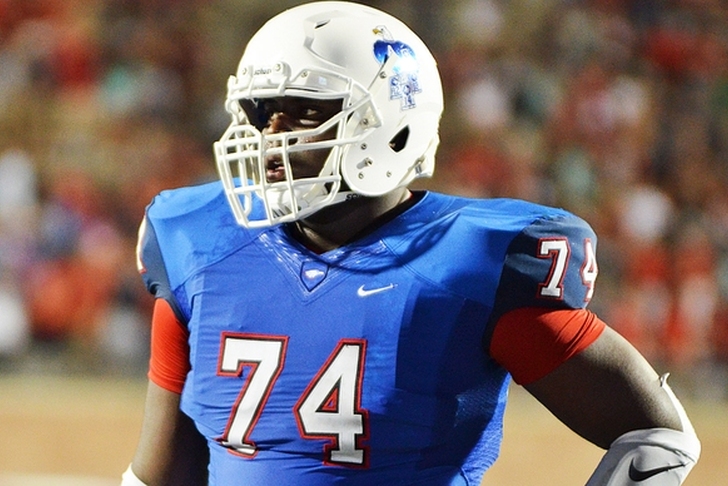 Five-star offensive tackle Greg Little (Allen, TX), the No. 2 overall recruit in the class of 2016, announced that he's committing to the Ole Miss Rebels in a video on Bleacher Report.

Allen was committed to Texas A&M for over a year, but re-opened his recruitment in July.

Alabama, LSU, Ole Miss, Georgia, and Auburn were his five finalists, but those with knowledge of the situation say his decision came down to either Alabama or Ole Miss.

The lure of playing for Alabama and Nick Saban at Alabama had the Crimson Tide out front for a while, but Ole Miss head coach Hugh Freeze was heavily pitching Little on the idea of starting at left tackle from day one, just like Leramy Tunsil did for the Rebels three years ago. Tunsil is now a projected top-five pick in the NFL draft, and Little would immediately slide in and fill his spot on the line.

Little only strengthens Ole Miss' recruiting class, which ranks third in the country and second in the SEC behind LSU. He is the Rebels' second five-star recruit in 2016, joining QB Shea Patterson, who is ranked as the No. 5 overall prospect and No. 1 quarterback in the class.

Along with being the No. 2 overall recruit in the county, the 6'5", 305-pounder is the top-ranked tackle and highest-rated player in the state of Texas.