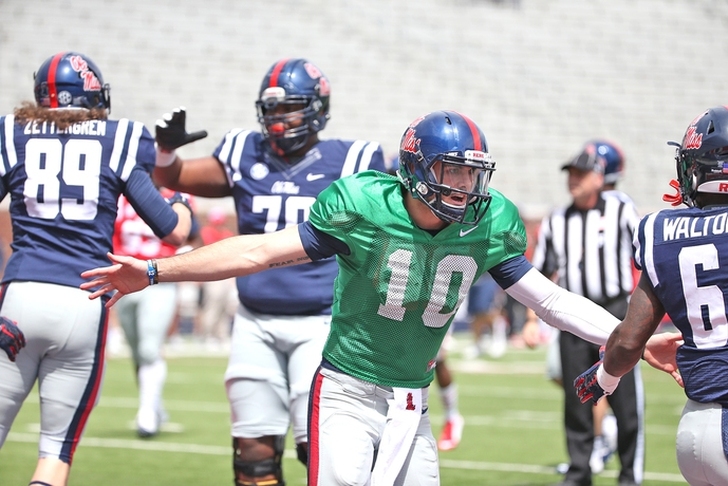 The Mississippi Rebels have named their starting quarterback, less than one week before the starting of the college football season.

Freeze: Chad Kelly will likely start against UT Martin, but Freeze says he doesn't want that "set in stone."

Kelly was a highly touted recruit who was kicked out of Clemson with disciplinary problems. He played at a junior college last season. He's talented enough to keep the starting job all season long.

Follow our Mississippi Rebels team page for all the latest Ole Miss news and rumors!