Ole Miss QB Commit Arrested, Threatens To "Get My AK-47 And Spray This Place" After Fight With Bouncers 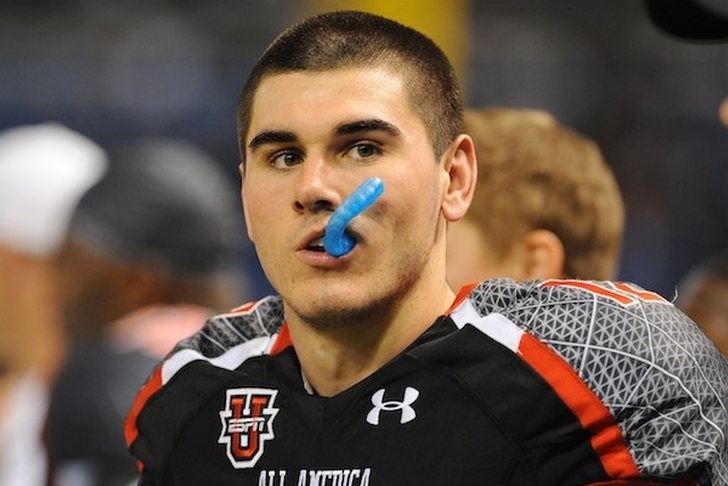 Former Clemson QB (and current Ole Miss commit) Chad Kelly was arrested last weekend after fighting with bouncers and police outside of a Buffalo (NY) bar and restaurant, and the story behind the incident makes anything Johnny Manziel did look pretty tame in comparison.

According to the Buffalo News, Kelly, a nephew of NFL Hall of Fame QB Jim Kelly, was asked to leave Encore Bar & Restaurant at around 3:15 AM, but refused. When bouncers stepped in, Kelly punched one in the face, and the ensuing fight spilled out onto the sidewalk outside the bar. Kelly reportedly told one of the bouncers “I’m going to go to my car and get my AK-47 and spray this place,” before leaving in a Ford F-150 pickup truck with friends.

Police responding to the incident stopped the car, and then had to forcibly remove Kelly, who was kicking and taking swings at officers as they pulled him from the vehicle. Kelly resisted getting into the squad car, and continued trying to fight officers all the way to central booking.