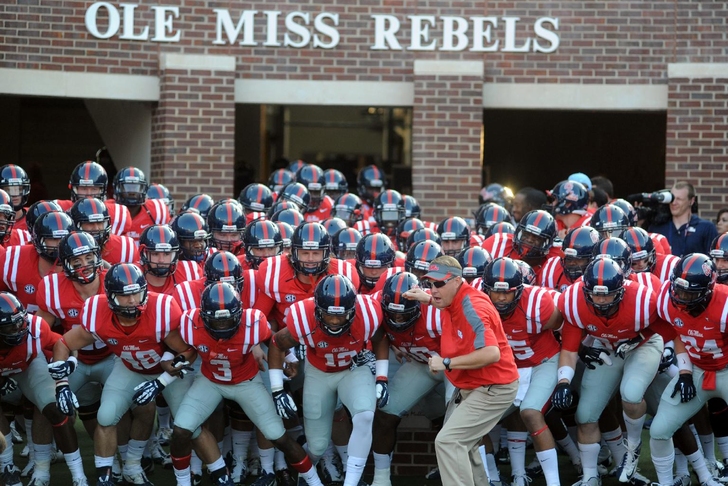 Ole Miss was ranked as high as No. 3 at one point this season, but the Rebels lost three of their five games of the year. However, the Rebels did end in-state rival Mississippi State’s chances at making the College Football Playoff, and can win 10 games with a bowl victory. Who could Ole Miss end up playing? The Cornhuskers may have fired head coach Bo Pelini, but Nebraska is still set to go to a pretty good bowl game. They rely heavily on running back Ameer Abdullah, which would create a good matchup for Ole Miss' really good defense. There's potential for these two teams to face off in both the TaxSlayer Bowl and the Outback Bowl. Wisconsin is very similar to Nebraska - a run-first team headlined by a star running back - but they have a better defense than the Cornhuskers, and there might not be a better rusher in the country than Melvin Gordon. The Badgers have a chance to play in one of the "New Year's Six" bowls, so they could face the Rebels there in the Cotton Bowl, or outside of that in the Outback Bowl. If Ole Miss were to make a "New Year's Six" bowl, the Spartans are waiting. Michigan State's season is over and have locked up a bid to a premier bowl game, and the Cotton Bowl is one of their top targets. Both sides are very similar, sporting outstanding defenses and potent offenses, which would make for a good matchup.