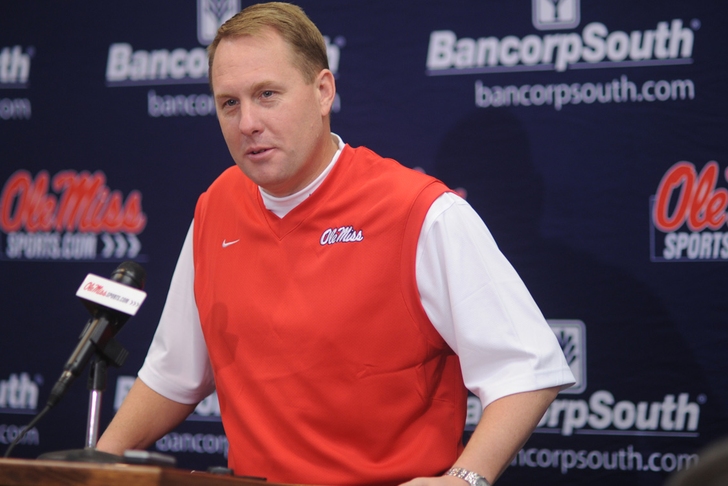 The Ole Miss Rebels are still 7-1 and in the College Football Playoff hunt after their 10-7 loss to the LSU Tigers on Saturday.

Don't tell that to the angry Ole Miss fan who decided to turn the beginning of Rebels coach Huge Freeze's Wikipedia page into an epic stream of consciousness rant: Although "Tellie Tubbies" is misspelt (not that we watch it or anything), we commend this Internet prankster for working in a "Chairry" reference.