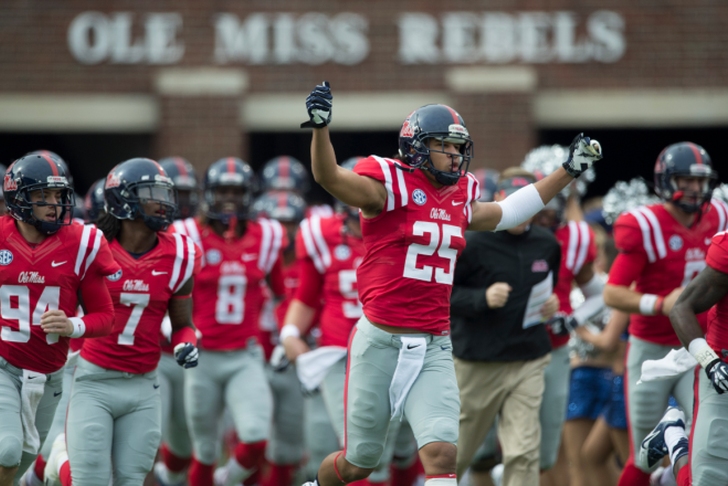 Every game during the course of the college football season takes its own special toll, but these next four games are the closest thing to a breather the Ole Miss Rebels will get in 2015. Here’s our list of the 4 Easiest Games On Ole Miss’ 2015 Schedule:

Memphis won 10 games last season, and are expected to finish near the top of the American Athletic Conference again this year. Ole Miss did beat them 24-3 in 2014, but the Tigers should be more competitive in Memphis. However, the Rebels are expected to compete for a spot in the College Football Playoff and have much more talent than the Tigers.

Fresno has a proud football history, but they've struggled in recent years. They're talented enough to make another bowl game this year, but they'll still be heavy, heavy underdogs against the Rebels.

Vanderbilt failed to win a single SEC game last season, and they only got worse this offseason with several key players departing. Ole Miss beat the Commodores 41-3 last year, and another blowout appears to be on hand in 2015.

UT-Martin is on the schedule to pick up a game check while giving Ole Miss a tune-up before they hit the heart of their schedule. This one won't be close.

Follow our Ole Miss Rebels team page for all the latest Ole Miss news and rumors!