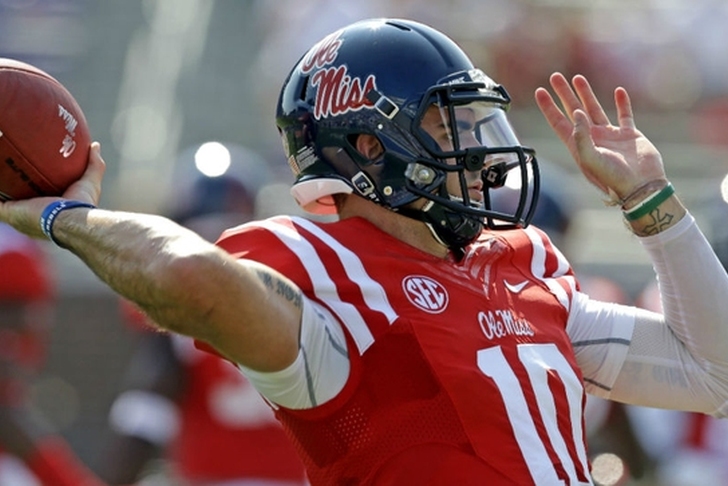 The Ole Miss Rebels fell to the Arkansas Razorbacks in a dishearting 53-52 overtime thriller, essentially ending Ole Miss' hopes at winning the SEC West this season. Here are three things we learned the Rebels in the game:

There's no other way to describe Kelly after his performance, passing for 368 yards and three touchdowns while rushing for 110 more yards and three more scores. He was effective all night and could do what ever he wanted, which is a good sign for this team going forward.

2) Something's wrong with this defense

Ole Miss' defense was the strength of this team coming into this game, but they were absolutely gashed by a lackluster Arkanasas offense. Razorbacks quarterback Brandon Allen, who has been nothing more than average player this season, threw for 442 yards and six touchdowns (with no interceptions). This unit does not belong among the best in the country.

1) Ole Miss isn't ready to get over the hump

The Rebels have been knocking on the door to win the SEC for the past few seasons, and this year looked like it was finally Ole Miss' time - especially after they upset Alabama in Tuscaloosa. They had their slip up at Florida, but Ole Miss controlled their own destiny in the division. Great teams don't lose to division bottom-dwellers at home, but that's exactly what happened to the Rebels. Quite frankly, this team just wasn't ready for the spotlight.