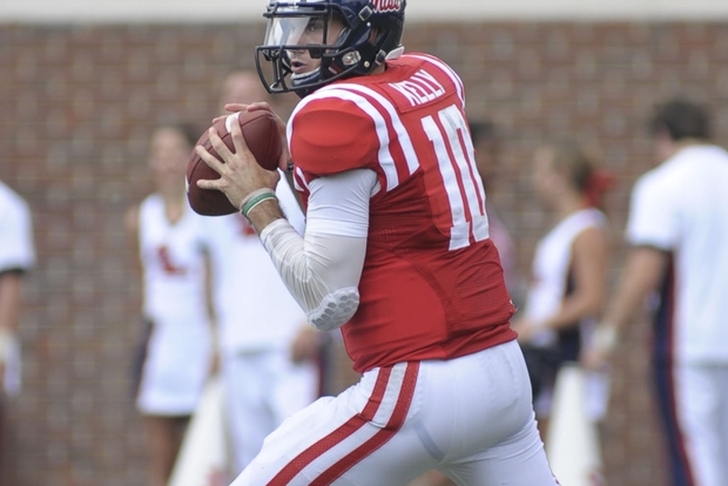 We don't necessarily condone gambling (where it's not legal, at least), but you can't go wrong with this next bowl pick. Here's 3 Reasons Why Ole Miss Is GUARANTEED To Beat Oklahoma State In The Sugar Bowl.

The Rebels have won four of their last five, with quality wins over three bowl-bound SEC teams (Texas A&M, LSU, Mississippi State). Oklahoma State is reeling after losing its final two to Baylor and Oklahoma. The Rebels have the momentum and a chance at their first double-digit win season since 2003. All signs point to the Rebels coming out with their ears pinned back.

Oklahoma State gave up 103 combined points in season-ending losses to Baylor and Oklahoma. They've given up no less than 26 points in eight of their past nine contests. Ole Miss doesn't necessarily want to get into a shootout with the Cowboys, but that HAVE scored 128 points in their past three against Arkansas, LSU and Mississippi State. Oklahoma State's defense doesn't have what it takes to stop the Rebels.

1. Tempered By The Fire

Ole Miss is the only team in the country to beat #2 Alabama this season. The Rebels went 6-2 in football's toughest conference (SEC), showing time and time again that they're a legit elite program. Oklahoma State's offense is potent, but Ole Miss is by far the more complete package.