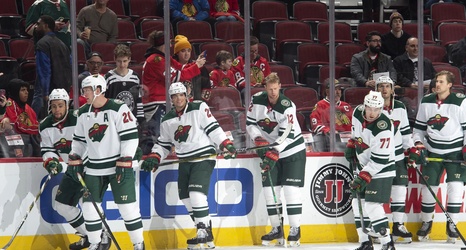 The Minnesota Wild are just 60 minutes (if tonight’s game doesn’t go into overtime) away from all of their games actually counting. The warm-ups are done, the “get ‘em next time” is redundant, all of this will matter in just a handful of hours.

But first, they’re going to be playing against the Chicago Blackhawks at the United Center for the preseason finale and we might be getting a true glimpse at what this roster can do this year.

According to the lines that existed in practice yesterday, like some sort of solidified lineup coming out of the fever dream that is three weeks of training camp, they are going to be running something like this (and most likely to start the season):