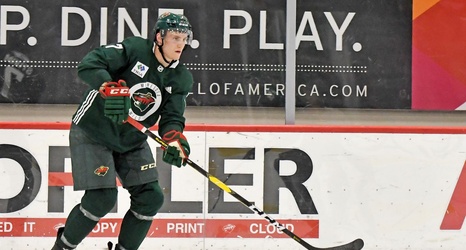 The Minnesota Wild opened up play today at the 2019 NHL Prospect Tournament in Traverse City, Michigan and started the weekend with a 2-1 loss to the Dallas Stars. Nico Sturm scored the team’s lone goal in the second period and Mat Robson recorded 35 saves. Robson was a standout for the Minnesota Gophers and could be the future at goalie for the Wild and could be called upon this season if Alex Stalock struggles.

The Wild will be back in action tomorrow for game number two against the Columbus Blue Jackets. The game is scheduled to start at 5:30 p.