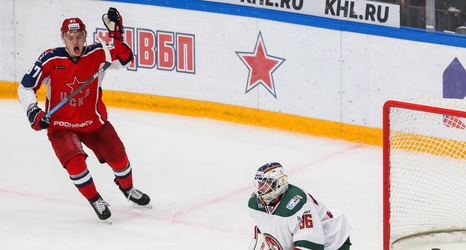 The Kirill Kaprizov hype train just keeps rolling down the tracks. With Kaprizov playing out his final year of his current contract in the KHL, Minnesota Wild fans are hopeful he’ll be donning a Wild jersey during the 2020-2021 season.

Kaprizov has Wild fans salivating, as he continues to showcase his playmaking ability in Russia. In his team’s latest game he scored his first goal of the season and recorded an assist. In four games this season the talented winger now has four assists and one goal and has recorded one point or more in three straight games.