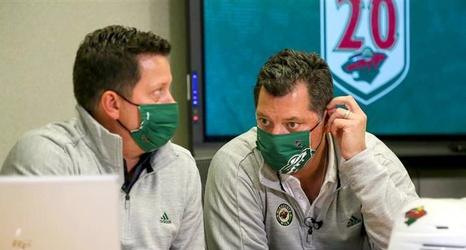 When Judd Brackett was brought on as the new Director of Amateur Scouting for the Minnesota Wild in July, his high reputation for finding talent throughout the NHL Entry Draft was hovering over the hire like a hopeful cloud.

Brackett spent 12 years within the Vancouver Canucks organization and his last five of those with the same title that he now holds with the Wild. During those five years in charge, he was able to bring in players like Elias Pettersson, Quinn Hughes, and Vasili Podkolzin in the first round of the draft, but it’s current promising Canucks like Adam Gaudette, Nils Hoglander, and Jack Rathbone, that he was able to find after the initial round.