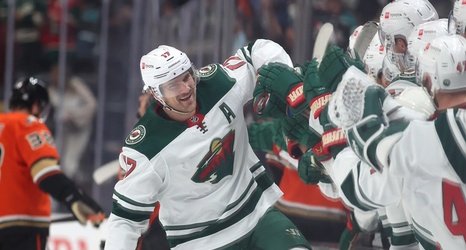 The second Marcus Foligno was given the role of alternate captain and had a letter on his chest for the Minnesota Wild, every single person knew that this was going to be a big year for the veteran winger.

Always involved, always chatty, and always up for throwing his body around — the forward that goes by Moose is the heart and the core of this current roster and it showed up in the season opener.

Both teams were held at a stalemate for the majority of the game, a desperate 1-1 draw whose most likely conclusion was a weird and bland shootout, was shaken loose by Foligno scoring a very Marcus Foligno Goal in the dying seconds of regulation.