The Wild need to score more goals, and it starts with the first line 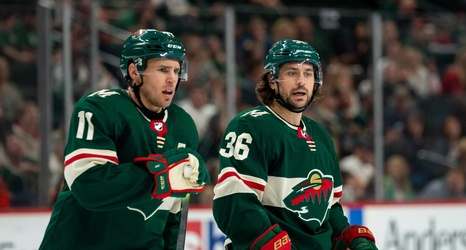 The Minnesota Wild have a fair share of problems right now, and their inability to score goals is one of those major flaws in the early going of the 2019-20 season. While defensemen Matt Dumba and Ryan Suter remain legitimate scoring threats from the blue line, Minnesota’s lack of scoring from its aging core of forwards is a cause for concern.

Perhaps the most glaring issue for Minnesota has been the play of its first line. After a horrific showing in their season opener against the Nashville Predators — a game in which the top trio of Zach Parise, Eric Staal and Mats Zuccarello allowed three goals against — head coach Bruce Boudreau shuffled the lines ahead of his team’s contest against the Colorado Avalanche on Saturday night.