Ryan O’Rourke can play in AHL next season 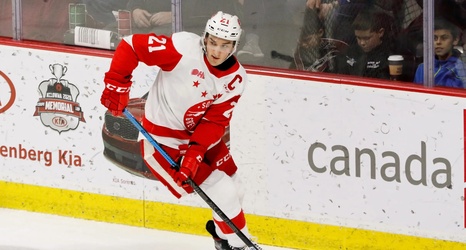 Due to the pandemic that shook the world, some young hockey players were left without a junior league to play in. Luckily for some, those that were good enough and drafted by NHL organizations, were able to take part in a little pre-professional appearance — playing games in the AHL while still under 20 years old.

Normally for players drafted out of the Canadian Hockey League, they have to wait until their 20th birthday or they have accrued a total of four seasons in junior to then turn professional for their respective clubs, but with the OHL cancelling the entire season and the WHL and QMJHL having resumed but just briefly, they were able to play in the AHL, just one step away from the NHL.