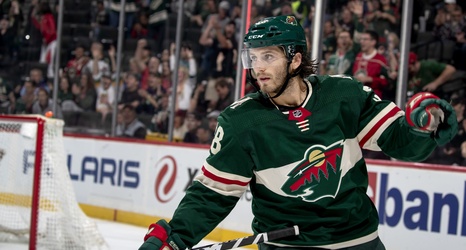 Paul Fenton did a lot of things wrong during his short tenure as general manager of the Minnesota Wild. Signing Ryan Hartman to a two-year, $3.8 million was not one of those questionable decisions.

In the first game of the preseason, Hartman came up an assist shy of recording a Gordie Howe hat trick. The former first round pick showed the Wild what he was capable of and then some.

“You try to show everything you have,” Hartman said. “You got to show the hard work you put in the summer. You try to hit the season full speed.