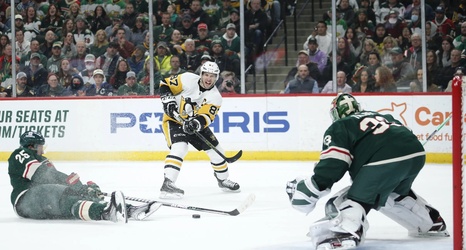 After returning from a deficit, Minnesota Wild fans were destined for more overtime excitement. Instead, uncharacteristically shaky Wild skaters lost in overtime for the first time all season. The nine-game homestand ended with a loss on either end.

You never want to get scored on by the game's first shot. 1:06 into the period, and Pittsburgh was up 1-0 thanks to a Rickard Rakell deflection on John Marino's shot. Former Minnesota Wild player and former fan-favorite Jason Zucker got the secondary assist in his return to the Xcel Energy Center.

The Wild regrouped to create quality chances and infuse some physicality before and after the whistle.